Escorial is a rare and luxurious wool with a history stretching through the centuries. 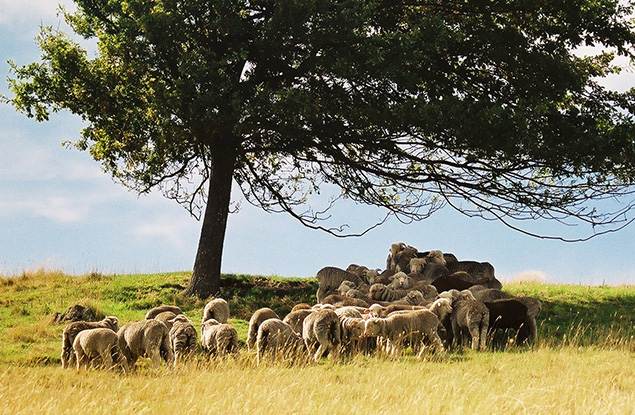 Escorial is a rare and luxurious wool with a history stretching through the centuries. In 1340 Spanish Royalty took possession of a unique flock originating in the North African Mahgreb to nurture on the Escorial plains north west of Madrid.

In the sixteenth century King Philip II built the El Escorial palace where he kept these small sheep. Their fleeces soon became prized for being the finest and softest and the flock became known as the royal Escorial flock. Today still traceable to its origin Escorial is one of the worlds rarest and most exclusive wool fibres. Treated with the utmost care, the flocks graze in the wide open spaces found in the South Island of New Zealand and Southern parts of Australia in their true natural environment. The foundation of sustainability for Escorial is the commitment to the preservation of this rare breed.

Escorial is distinctive to all other natural fibres, it has a unique helical crimp within the heart of the fibre, performing as a naturally coiled spring. It is this curly attribute that delivers fluidity in the Escorial fabric making a lightweight garment with extraordinary drape and crease resistance. For a customer wearing Escorial, it is an experience of extreme comfort and performance. Escorial cloth is woven at the Standeven mill with the utmost attention to detail and available exclusively from us as cut lengths.